Popular Gospel artiste Sonnie Badu has been accused of being an “academic scam” after claiming he is now a Professor and Dean of Musicology. 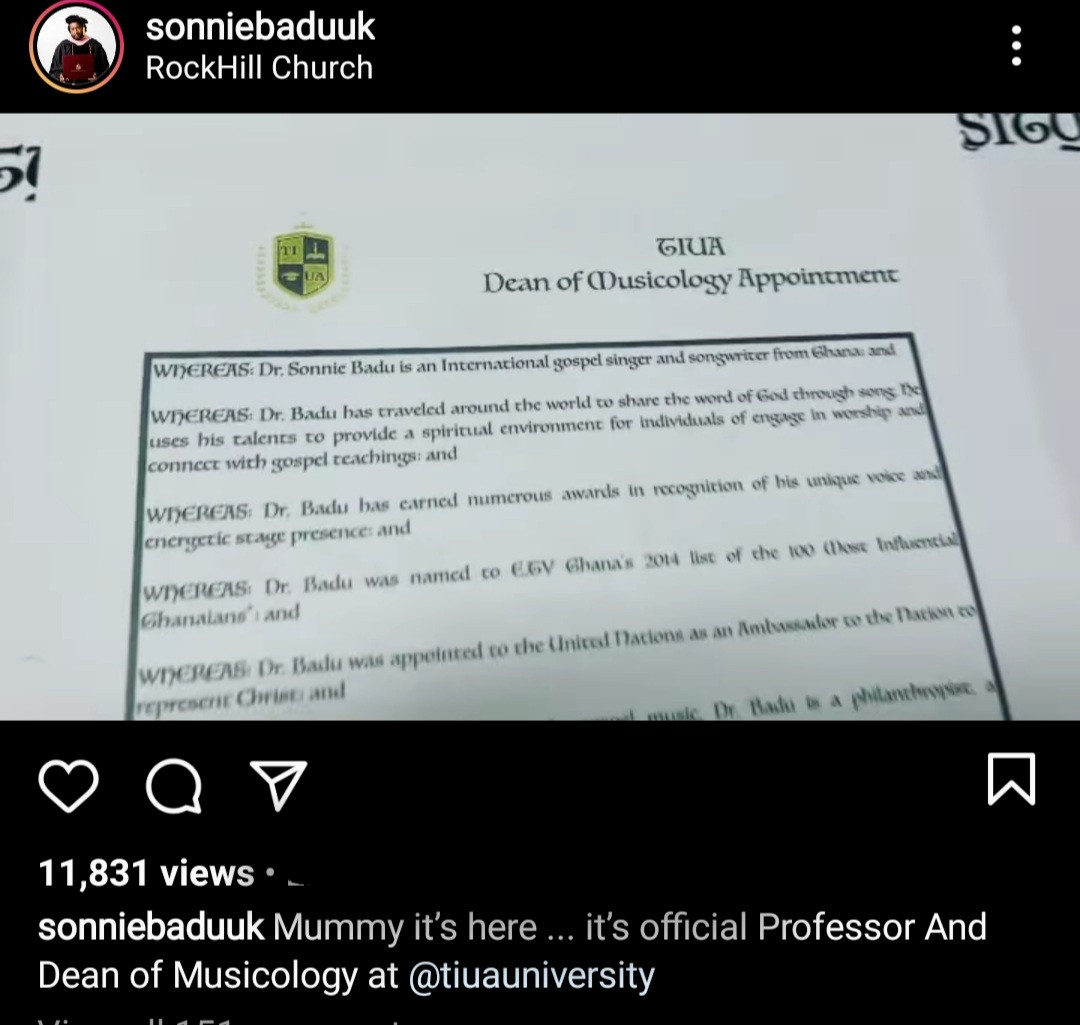 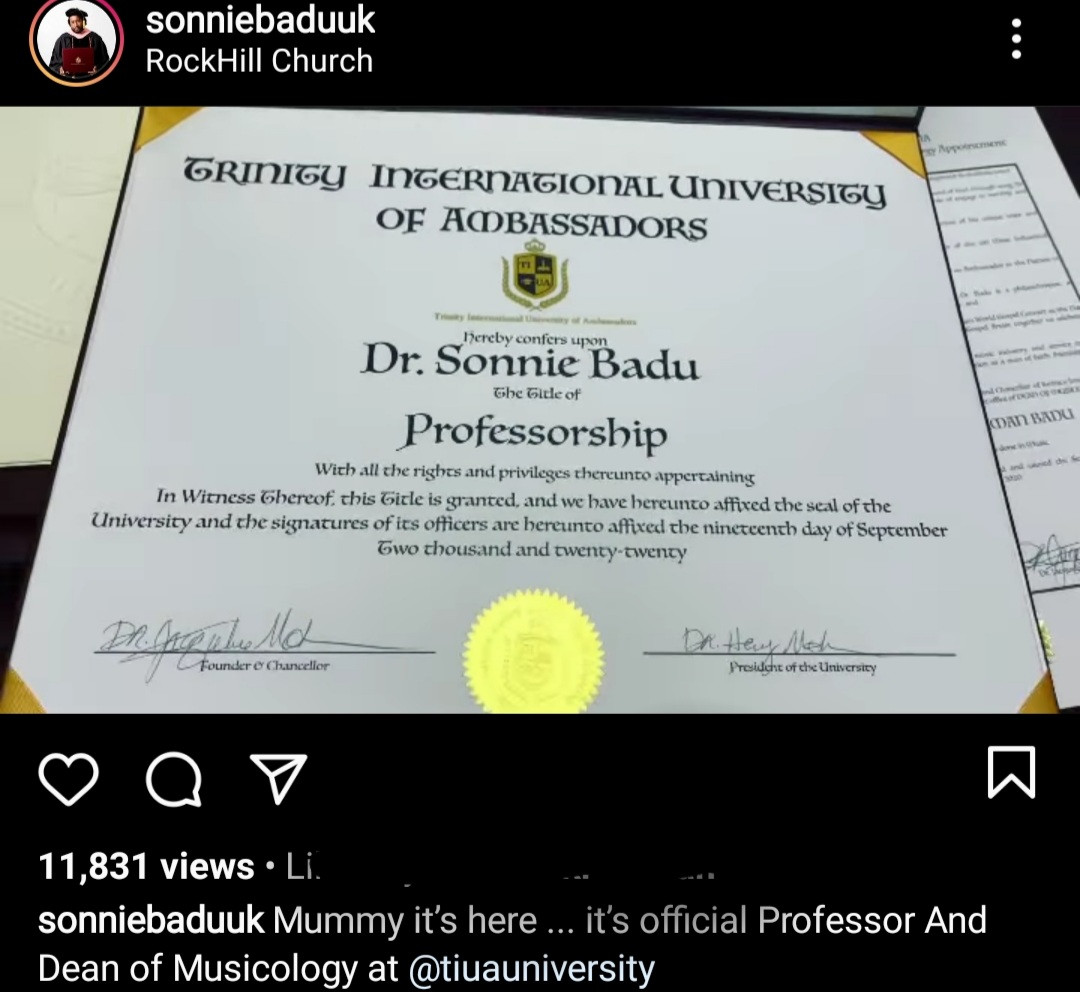 He went on to share a certificate as proof.

However, social media users questioned his academic feat, especially since he got his Ph.D. a few months prior. 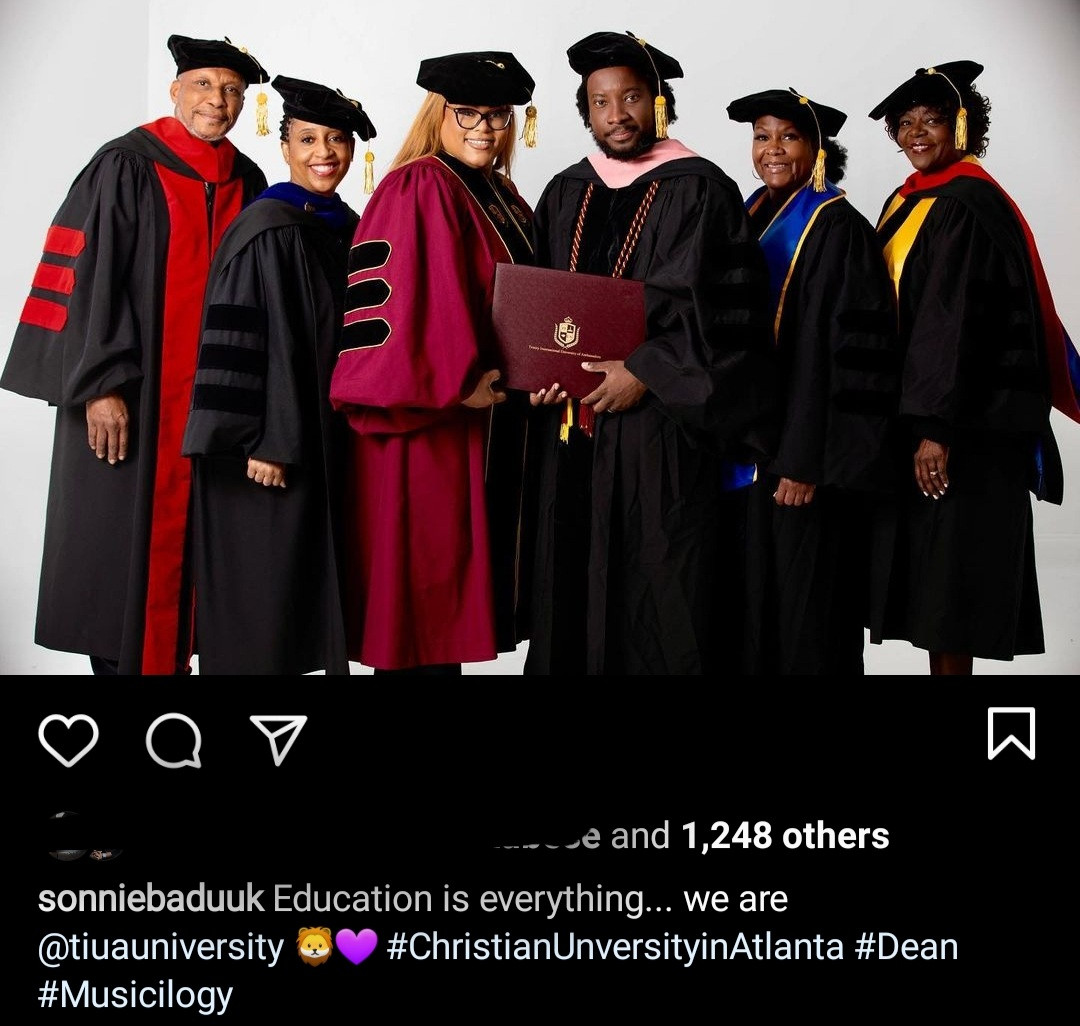 A Twitter user with the name @mnm_mensah, has now come out with some “evidence” to call Sonnie Badu an academic scam. He also claimed the school he got the certificates from is not real.

People are wondering why I’m on his case and why I’m calling him out. The case be simple. He’s an academic scam and not a victim of a scam. How did it all start? I chanced on a video where dude had earned a Professorial Cert.

Like for real? A Certificate of Professorship? How on earth!!!Face with tears of joyFace with tears of joy So as academic and curious as I am, go to Google Scholar (an academic search engine for anything academia) and type his name to see his publications… Unfortunately none. You can try that and see. Why? In the British system, Professorship is a rank attained as a result of your contribution to knowledge.

In the American system it is a term for anyone who teaches at the University level so let’s assume it’s not British but American. So I quickly run to Google to check out the institution. No website, no images of the school. Just blog posts. Then I chance on the second image. Sonnie attained his Bachelor’s, Master’s and PhD in 4 months all from that school. Now we know you at least need one to do the other.

Except in some few cases where one has been able to acquire a PhD using the Bachelor’s but in all these three can’t be run concurrently in 4 months and for one who has not had any tertiary education before there was something fishy. So I go and confirm and it’s true dude said it. He gallantly displays all certs on his socials. He attributes them to grace and favour. 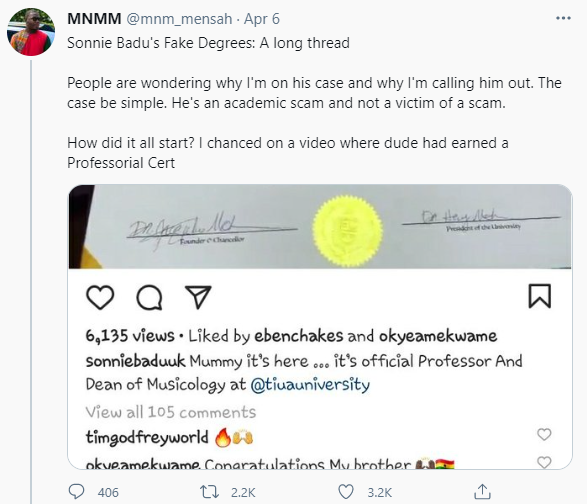 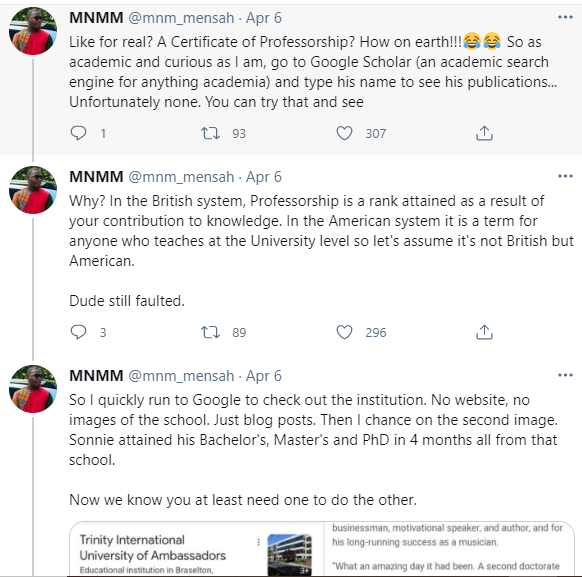 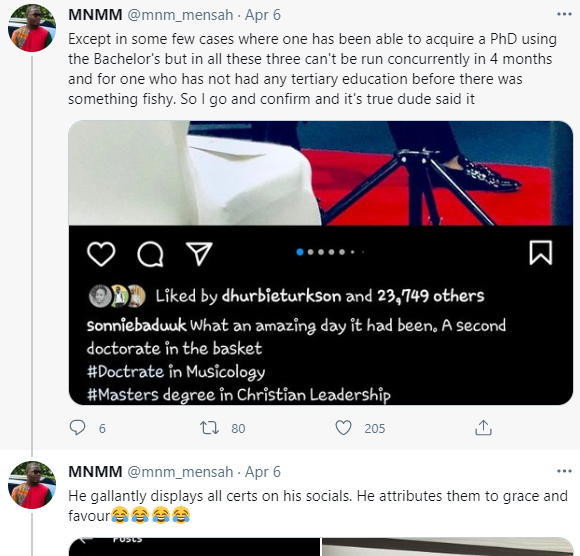 Responding to the critics, Sonnie Badu wrote on Instagram: “When they don’t understand the frequency of your grace and your hard work behind the scenes they bring their own Ph.D. (pull him down) LIONS DONT RESPOND TO FROGS … #DrBadu @tiuauniversity God has us.”

MORE:  "Buhari won't dump his doctor of about 40 years for wailers" - Onochie 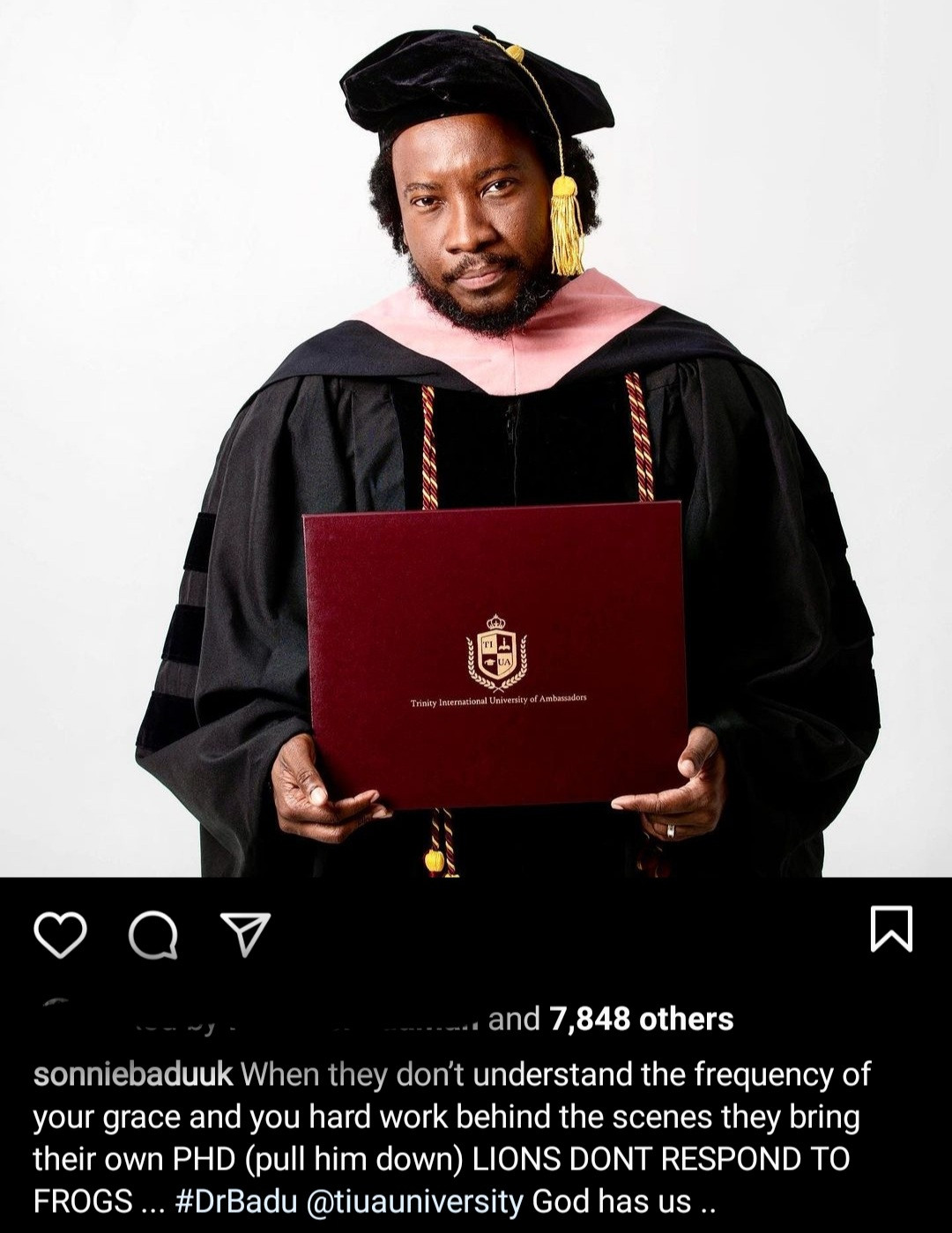 The Twitter user who has been calling Sonnie out returned to the platform to talk about how he reached out to the Council for Higher Education Accreditation for more information.

I got a reply yesterday from the institution yesterday saying there’s no information on the school which confirms the several checks I ran on the websites of the accreditation bodies in the USA is. It’s therefore surprising that @SonnieBaduuk makes several posts this morning claiming we are trying to pull him down.

Hence calling us frogs and fools for questioning the Authenticity of his degrees. For an ‘iconic’ Gospel Musician who is proclaiming the gospel through music and preaching, I find it sad how he drags the name of God into the gutters calling it grace. Sonnie BADU, come and give us the details of your study. Bring transcripts to show.

We are still waiting for Sonnie Badu to clear the air about the confusion surrounding his certificates.