The Nigeria Football Federation (NFF) has also confirmed the news via Social Media on Wednesday.

“Our thoughts and prayers are with the family of @ng_supereagles forward, @c.henry7, following the sad passing of his dear mother. May her soul Rest In Peace,” the NFF wrote on Twitter. 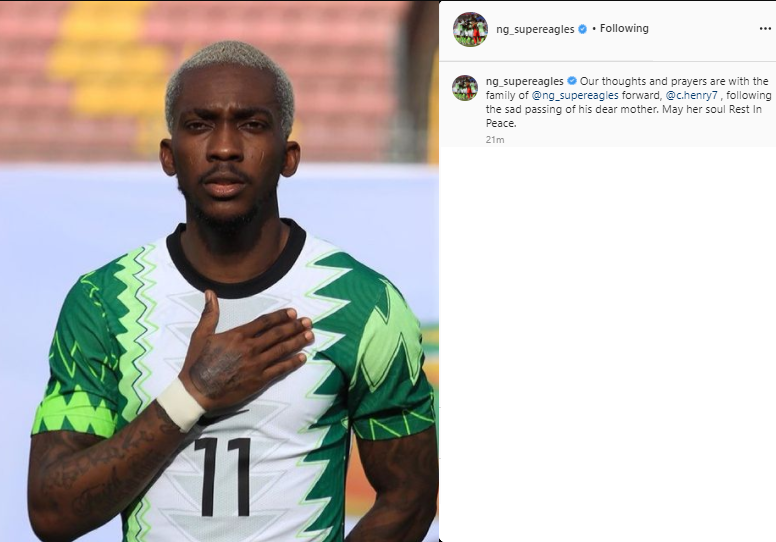 His Turkish club side Galatasaray has also issued a press statement on the death of Onyekuru’s mother.

“The painful day of Henry Onyekuru. We have learned with great sadness that our footballer, Henry Onyekuru’s precious mother, Jessy Onyekuru,” the club tweeted.

“We share the pain of Henry Onyekuru and his family and extend our condolences and patience.”

MORE:  I want to give my fans what they want, says Joshua ahead of Fury bout 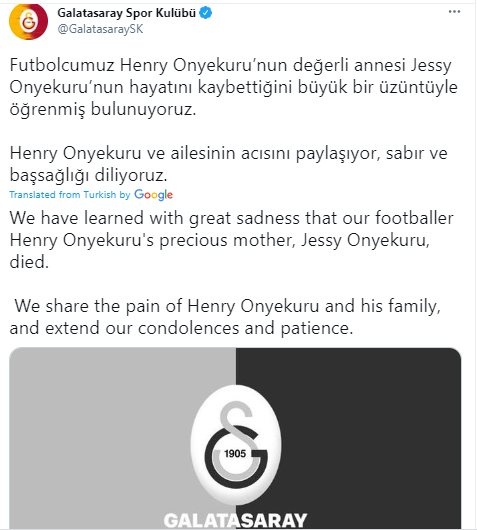 Henry Onyekuru was involved in the Super Eagles victory against the Benin Republic and Lesotho in AFCON qualifiers recently.

As a second-half substitute, Onyekuru made the assist for Paul Onuachu’s goal against Lesotho in Lagos, which Nigeria won 3-0.

He was also part of the Nigeria side that won bronze at AFCON 2019.