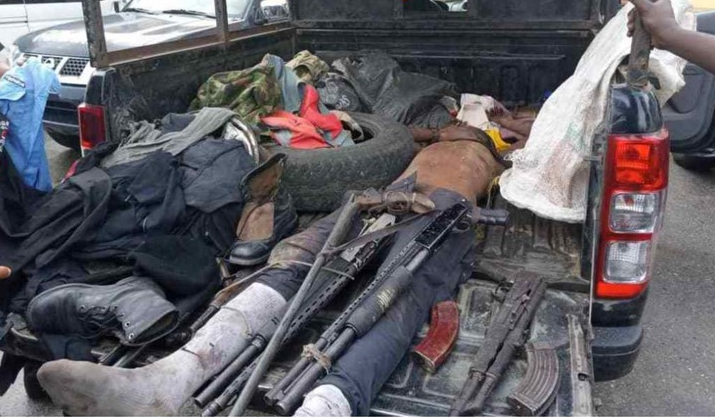 The Rivers State Police Command has announced the killing of a notorious kidnapper, popularly known as ‘Abacha’ in Rivers State.

Abacha was said to have been terrorising residents and motorists in Emuoha Local Government Area axis of the East-West road, Rivers State.

He said the feat was achieved by the combined effort of the local vigilante operating within that community.

Omoni also revealed that other members of the gang who had been on police’s wanted list escaped with gunshots injuries.

He said with the new onslaught against criminals in the area, East-West road would be safe again and urged members of the public to avail the police of useful information.

“Operatives of the operation sting in the early hours of today in a combined operation with the anti-robbery Team of Rumuji police station, working with a local vigilante stormed kidnappers’ camp at Rumuakunde in Emuoha local Government Area of the state where a gang of kidnappers led by one, Ekwueme Brown, who is alleged to be the leader of the criminal gang terrorizing the East-West road were hibernating.

“The hoodlums, on sighting the police engaged them ns a serious gun duel leading to the death of one of them later identified as “Abacha”, the leader, Ekwueme Brown, and others escaped with gunshot wounds.

He said the the operatives were still combing the bushes with a view to arresting other members of the gang that fled with gunshot wounds.